The sit-in – reflections from the day after 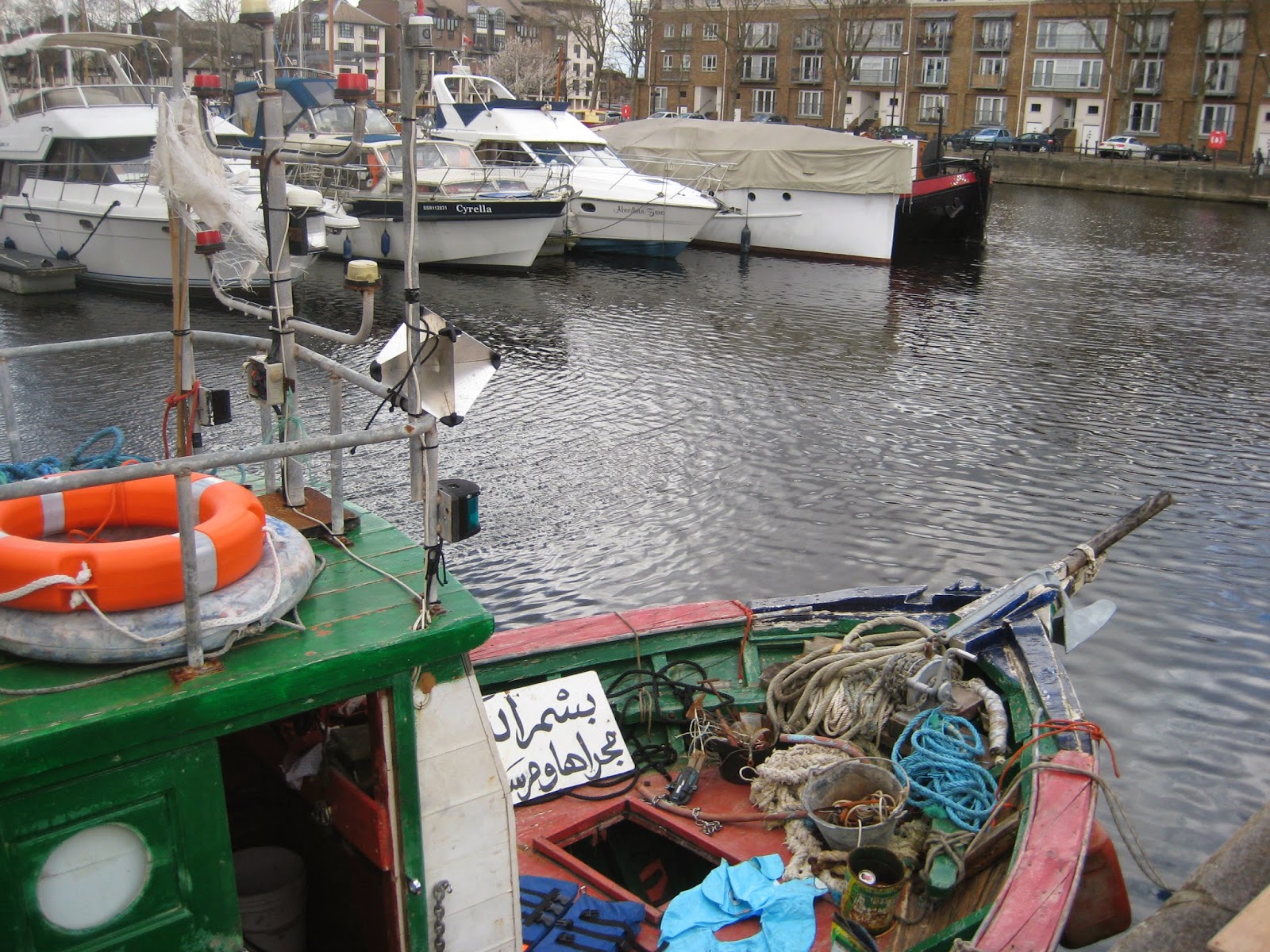 Yesterday I made my way to the South Dock Lock Office again, this time with a small group from Goldsmiths, to meet Lucy Wood and TO6411 for a second time.
The two had changed places and the boat was now tied up at the rear end of the marina, offering a strong image when entering the marina from the direction of Surrey Quays Station. The contrast of the boat in front of the Canary Wharf Skyline was impressive and reminded one visitor of an image from the recent film “Captain Phillips” (2014) by Paul Greengrass, where a massive American container ship is hijacked by Somali Pirates but is in the end freed by the support of the U.S. Navy – making it ever so clear that as an American you will be protected by your country wherever you are... In an odd way the scene in the South Dock London resembled, as TO6411 strangely feels out of place – there too. Neighbours overlooking the dock were wondering what the attraction of the tiny boat with Arabic writing on it was about, but only a few dared to ask. 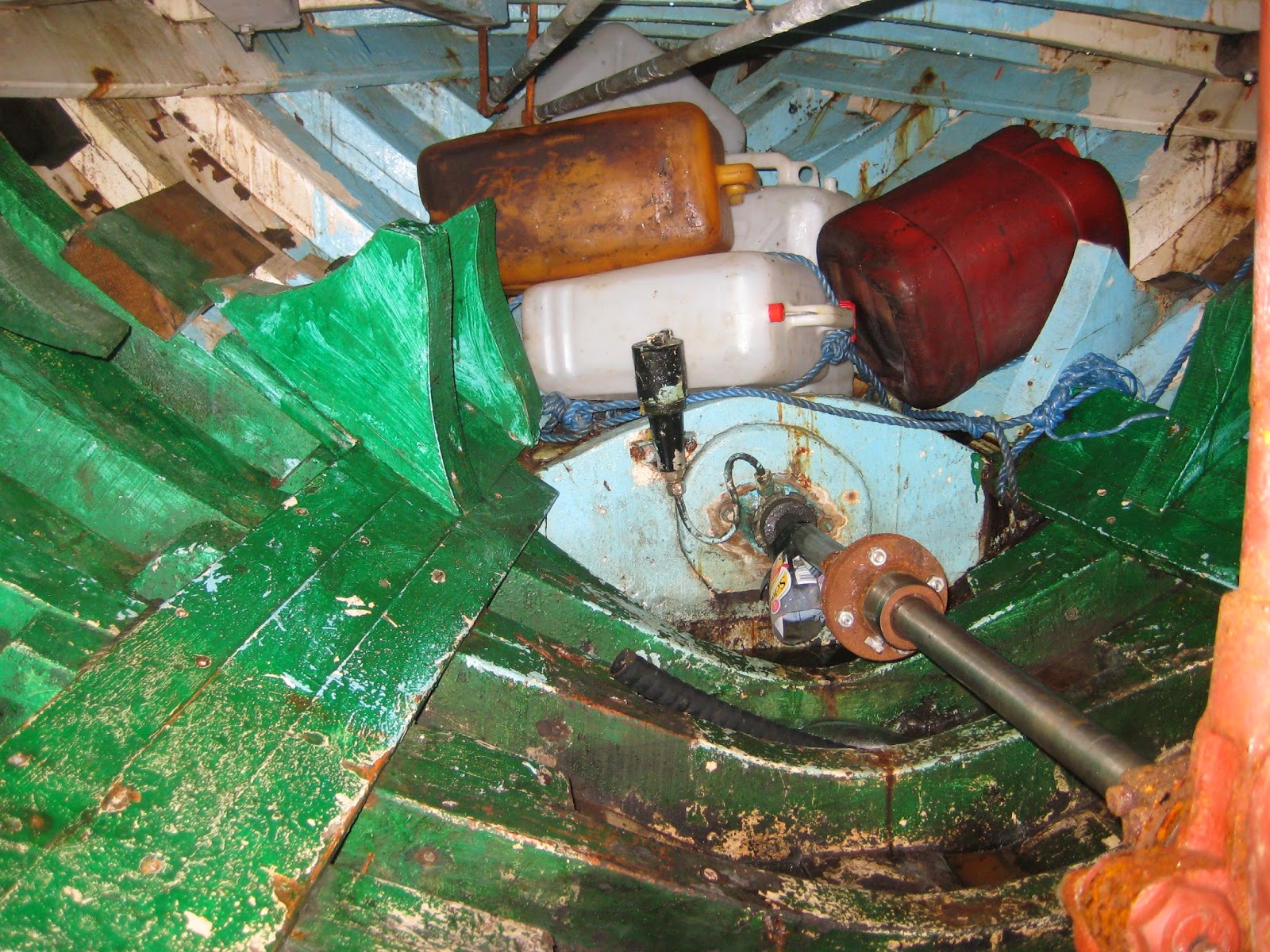 This time Lucy Wood had opened the hatches so that we could get a glimpse of the claustrophobic interior of the boat, where some of the 36 migrants had stayed on their journey from Libya to Lampedusa. The smell of the engine, which dates back to 1968 and which would under regular conditions not be in use anymore, is very intense and only with a flash from a camera can one make out the dimensions of the raft as it is very dark down there. How long did they travel? Approximately 2-3 days answers Lucy Wood. What about a toilet break? Silence. The boat is very instable, which one can experience even more when there are several people on it. The only chance of it not tipping over is by holding still and possibly not moving. Even in the safety of the harbour and the more or less still water there we could sense how TO6411 reacted towards our movement. 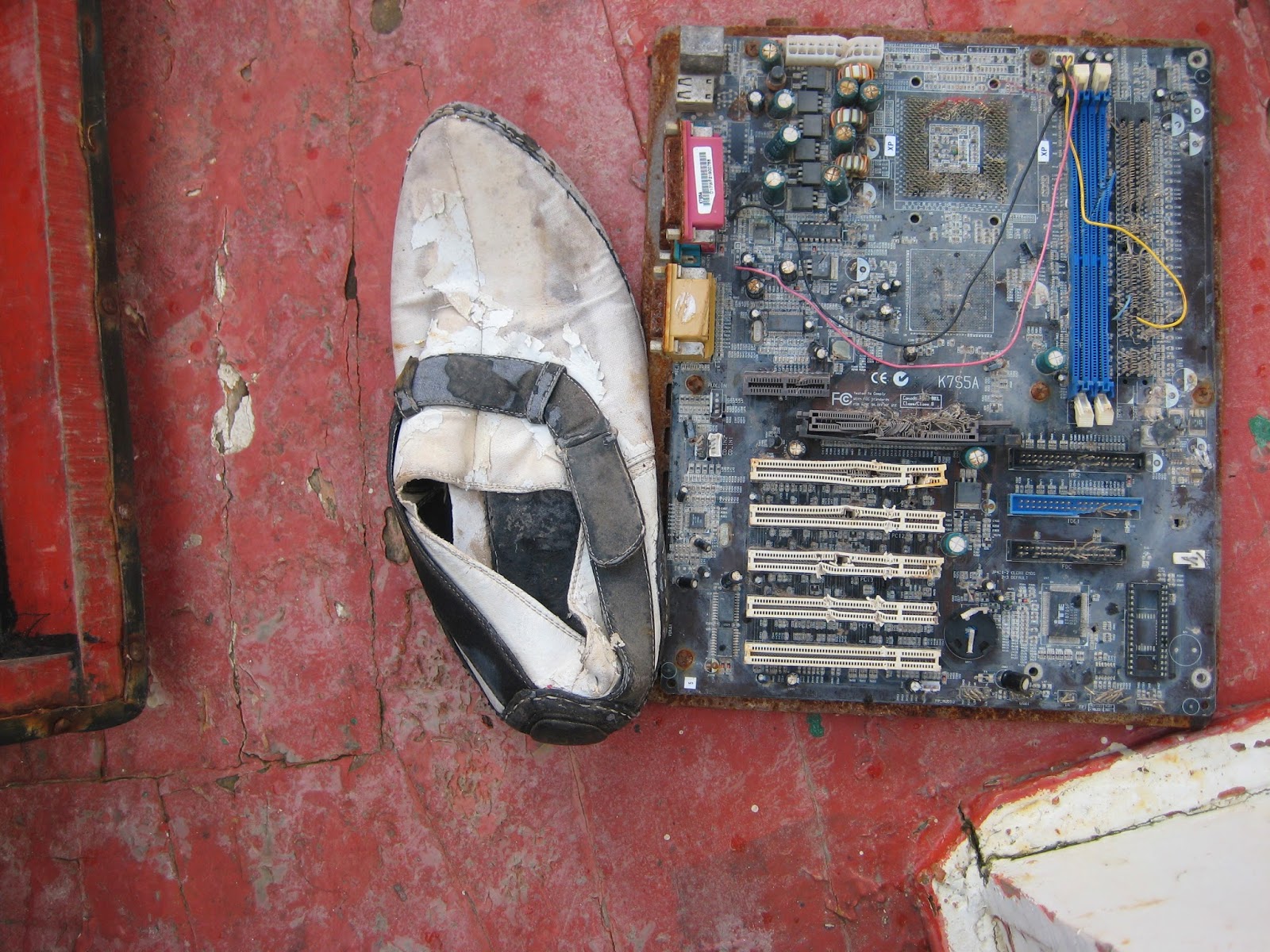 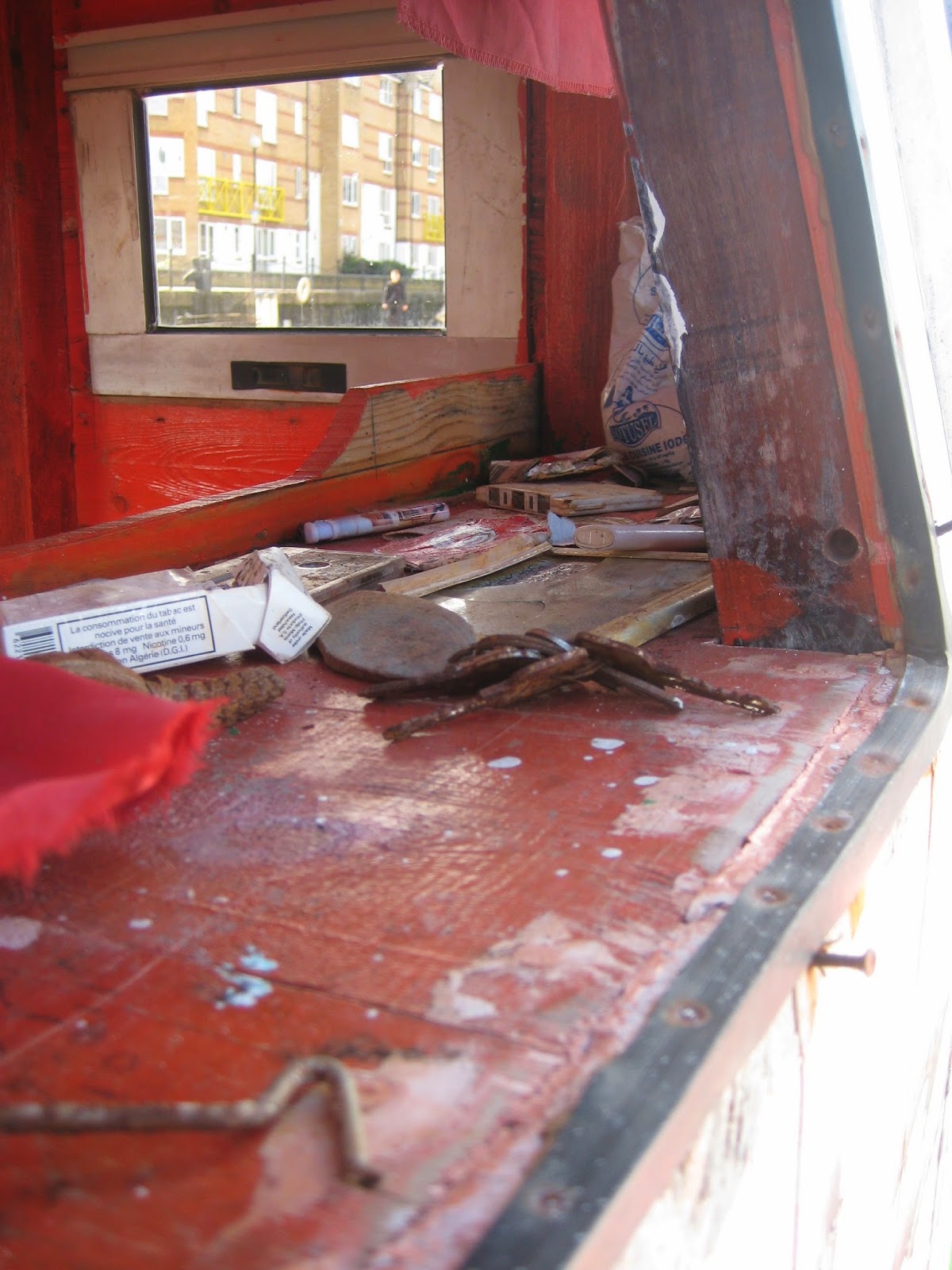 On deck Lucy had prepared some of the objects she had found on the boat, when she received it from the Italian authorities. Shoes, cassettes, keys, a lighter, cans and other items were assembled and gave a hint towards those who had embarked on the dangerous journey to Lampedusa under the dire conditions of the Libyan uprising in 2011. Lucy Wood was not able to get in contact with the migrants on TO6411 as it is very hard to track them down once they have entered the centre on Lampedusa and also no one is very much interested in such interferences to begin with.
The BBC documentary “The invasion of Lampedusa” (2011) gives a very good impression of the tensions on the Island caused by the “invasion” of thousands of migrants from North Africa, among which some think they arrive on mainland Italy while they are trapped on an island, which does not provide the necessary facilities needed for the masses entering it. Also the tensions that Lucy Wood experienced while she was there become very clear in the documentary where parties with different interests fight against the backdrop of those in need. 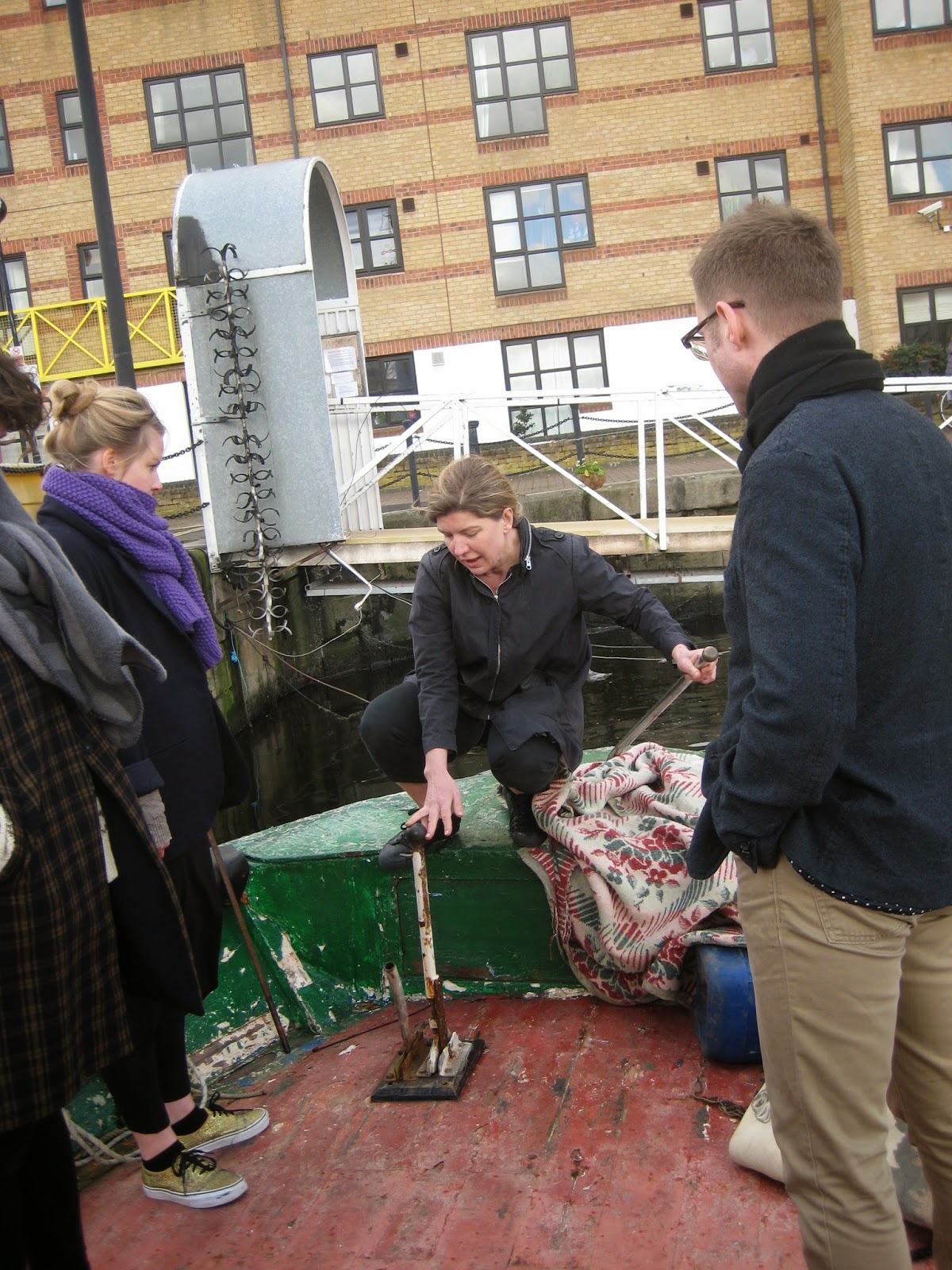 Our conversation went on in a Café near by where we learned about the bureaucratic hazards that Lucy had to face when she had eventually arrived in London in October 2013. The organisation of a trip up to Westminster with local politicians and church representatives turned out to be a major problem. Depending on the “cargo” safety regulations suddenly become an issue, as she found out the hard way. This information underlines the absurdity of Wood’s undertaking once more. Who cares for safety regulations when a migrant enters a boat? The tests that were held on TO6411 in order for London MPs to have a safe trip to Westminster led to interesting results. According to there findings a group of seven people would be allowed on the vessel. Compared to 36 who “safely” made their way to Lampedusa, this number seems like a joke.

When Lucy Wood shared those findings with the local harbour staff in Lampedusa she was being laughed at. Hopefully this laughter can have a reach in the sense that Henri Bergson had in mind when he wrote his essay “Laughter – An essay on the meaning of the comic” (1911; pp. 5,6):
“Laughter appears to stand in need of an echo, listen to it carefully: it is not an articulate, clear, well-defined sound; it is something which would fain be prolonged by reverberating from one to another, something beginning with a crash, to continue in successive rumbling, like thunder in a mountain.”
Let’s hope for an echo that can possibly change something for those who still enter boats like TO6411 each day. Thank you to Lucy Wood for making this sit-in possible and for sharing your stories and experiences with us and thank you to those who made their way to meet the two memory agents. 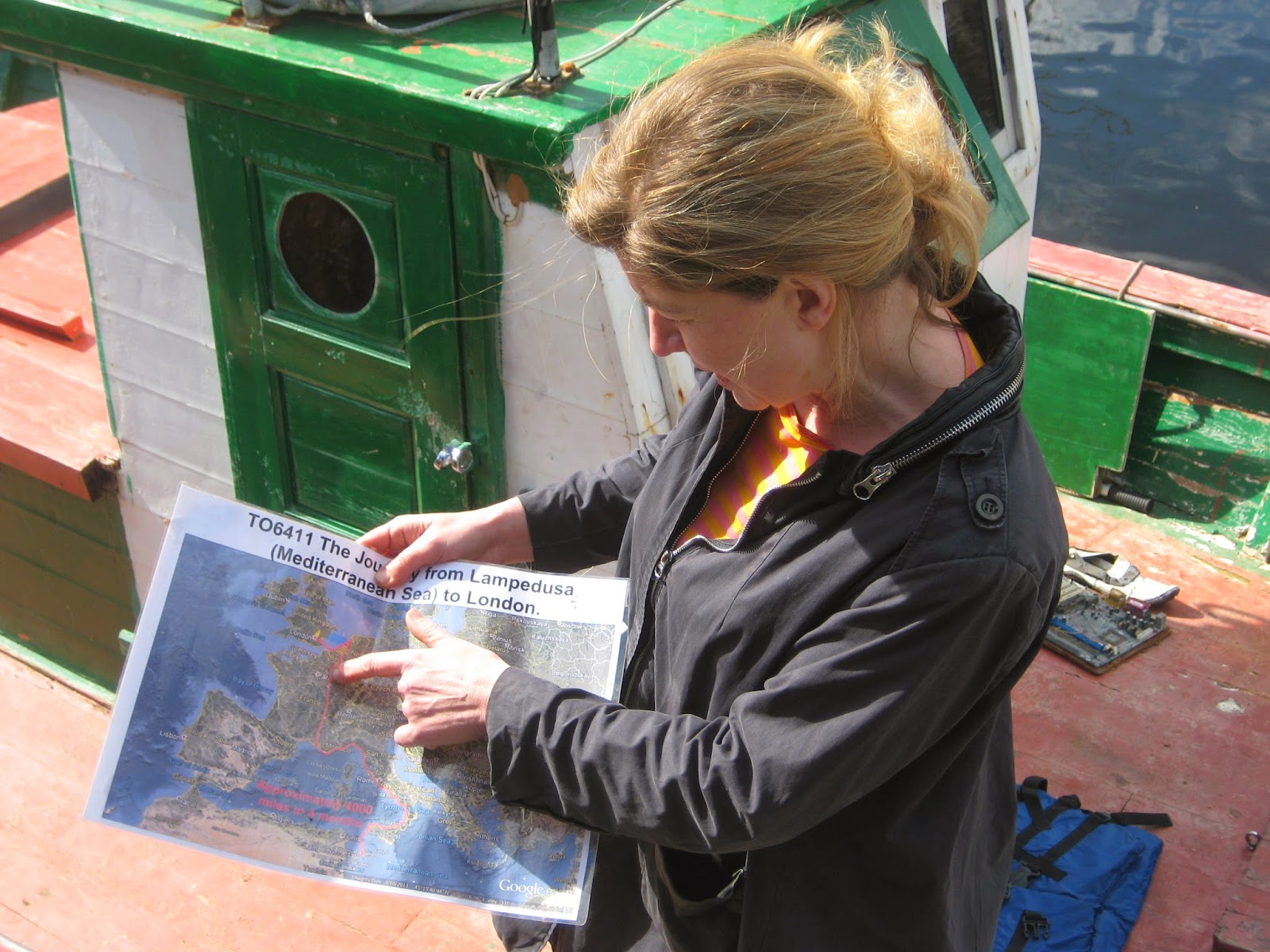